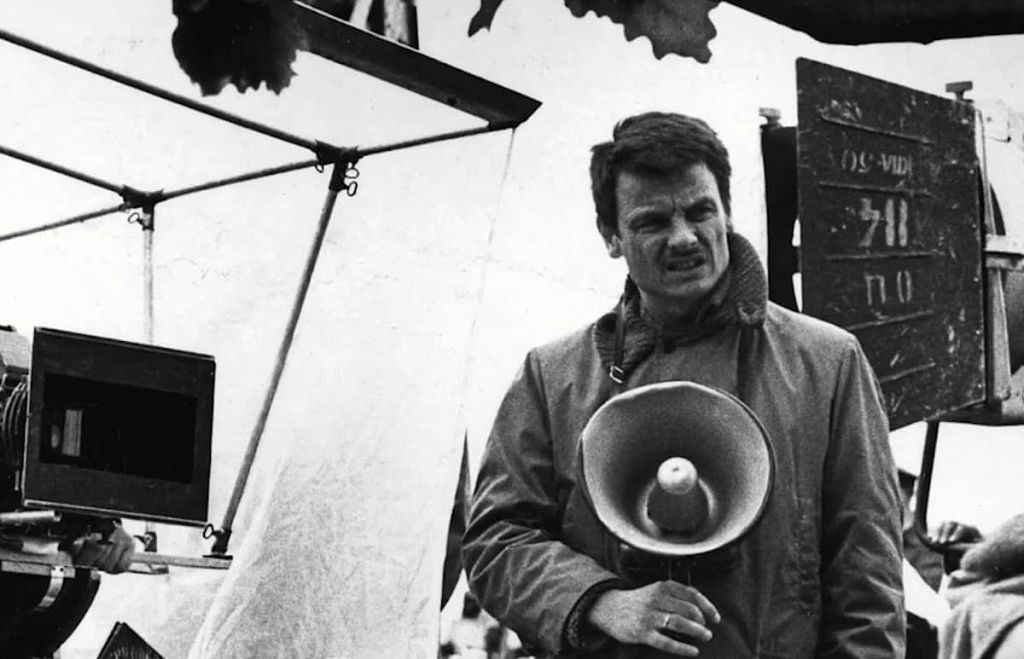 On May 27 the AZ Museum celebrated its first anniversary, that is why the 9th episode of the AZ Adrenaline project is dedicated to this significant event in the Museum history. This is the journey to the exhibition trilogy, based on the artistic world of Andrey Tarkovsky and other nonconformist artists from the Museum collection.

This series of exhibitions was held in 2016, 2017 and 2018. Due to the Museum Partners such as The Stanislavsky Electrotheatre, The State Theater of Nations, and also to the invitation of Franco Zeffirelli Foundation and Royal Palace of Monza, the viewers saw the exhibitions "Foresight", "Breakthrough into the past", and "New Flight to Solaris".

The exhibition "Foresight" was organized in 2016 by the AZ Museum and the Two Andrews Foundation and was held in The Stanislavsky Electrotheatre within the cultural program of 38 Moscow International Film Festival.

Great artists have the gift of foresight. We must be aware of it, never forget about it and listen to the Harbingers

The second part of the trilogy is the exhibition "Breakthrough into the Past. Tarkovsky & Plavinsky" held in the summer of 2017 in the New Space of the Theater of Nations. In the year of the 50th anniversary of the movie "Andrei Rublev", the curator of the exhibition, Polina Lobachevskaya, brought together two worldwide recognized artists of the 20th century: Andrei Tarkovsky and Dmitry Plavinsky.

Tarkovsky and Plavinsky never met in person, but the directions of their creative searches largely coincided. Both of them were attracted by the aesthetics of the Christian icon, as the embodiment of the Christian worldview. The ancient brick vaults of the basement of the New Space were the best fit for the implementation of the curator's plan.

Together with the multimedia project "Breakthrough into the past" there were also presented 15 paintings and etchings by Dmitry Plavinsky from the collection of the AZ Museum and private collections; unique documents, photo and video materials from the archives of Irma Raush-Tarkovskaya, Pavel Safonov and Mikhail Romm, provided by the Two Andrews Foundation; archives of Vadim Yusov, Savva Yamshchikov and Alexander Mstislavsky, photographs by Igor Palmin and Maria Plavinskaya. A significant part of the materials from the "Breakthrough into the Past" project was displayed for the first time.

The exhibition "New Flight to Solaris" became the third, but especially important part of the Trilogy. This project was specially prepared for the Franco Zeffirelli Foundation in Florence. Thanks to the invitation of Pippo Zeffirelli, the director's son, the AZ Museum was able to present the works of 12 Russian non-conformist artists in the heart of Italy.

The project ties the most striking paintings, graphic works, and sculptures of the Soviet nonconformist artists from the AZ Museum collection and the private collection of Natalia Opaleva with the masterpiece of the great Russian film director Andrei Tarkovsky. Tarkovsky created his works in the 1960s-1980s — during the period, marked in Russia by the emergence of the Unofficial Art movement. Undoubtedly, it was the "Soviet Renaissance" — a new rise of avant-garde painting, graphics and sculpture. The artists of the 60s were not unified among themselves and even with representatives of other art movements by any common manifesto. Each of them worked in his own unique manner. These artists were united with Andrey Tarkovsky by the historic time, innovative approach and an irrepressible striving for freedom, primarily in art. In the 21st century, a futuristic installation was created in a luxurious baroque palace, reminiscent of the spaceship from the movie Solaris. On this "starship" of the 21st century, masterpieces of Russian art of the 20th century made a head-spinning journey into the future. The exhibition received a huge response, and from Florence, it immediately had a rapid "flight" to the Royal Palace of Monza.