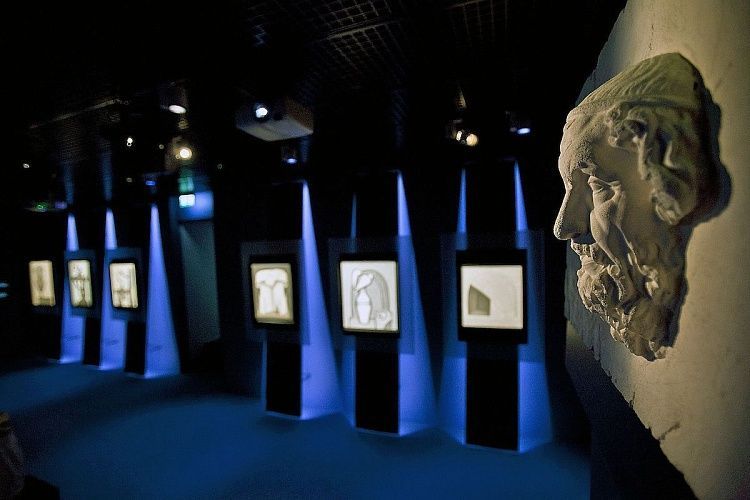 The unique artistry and the ability to create the extraordinary world are the features that unify these creators. Each of them could transform the daily life into the piece of art, moving through life with the sense of beauty, liberty and independence. The artists played their own game by their rules both in live and art.

Dmitry Krasnopevtsev was surrounded by numerous ancient vessels, jars, shatters that were dug out from long-gone towns and settlements. He was the keeper of the antiques, playing with potsherds, contemplating papyrus and compiling fantastical still-lives from these artifacts. The man-made, abandoned subjects live their own life, reminding us of eternal, of our inevitable metaphysical loneliness.

Once, in a soviet trolleybus, Vladimir Nemukhin saw a playing card lying on the floor, and decided that it’s the sign of destiny. Since then, he painted a huge amount of cards in numerous combinations. The artist considered that life game to be inexhaustible and beautiful, what widely admired him and art public of Russia and Europe.

Memoirs were written, legends and myths were created about the theatre of one artist — Anatoly Zverev. He adored playing Chapaev, football, checkers…. And wrote a treatise on playing checkers that consists of 57 huge notebooks… He was engaged with writing poetry and verbal gymnastics, played with symbols and semiotics of artists of the first Russian avant-guard in his abstract painting. Zverev played heatedly and airily on the territory of his predecessors, claiming playfully:

"I’m giving you a head start!"

Unexpectedly, on the field of fine arts we discern a new player. The name of this 21st century artist is Platon Infante, and his "game" could not be imagined even by such persistent and acquisitive minds as Krasnopevtsev, Nemukhin and Zverev. He place in unknown space for the 20th century artists — in the virtual world.

The premiere of this part took place on May 16 at 6pm in course of the event "Night of Museums".