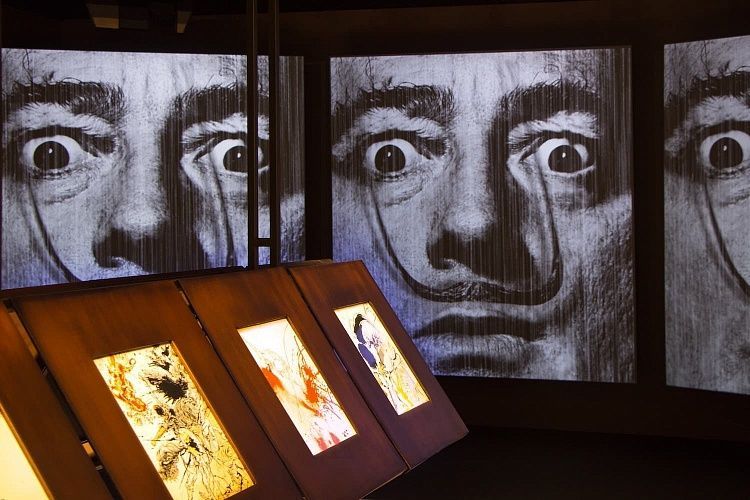 Part VIII of the AZ Adrenaline project aquatints with the exhibition "Attack of Don Quixotes" opened in 2017. It displayed Anatoly Zverev works of the 1960s-1980s about Don Quixote taken from the AZ Museum collection and other private collections, as well as colored subscription lithographs of Salvador Dali created in 1957 for the French edition livre d'artiste from the collection of Boris Fridman.

Don Quixote became famous over the centuries as a legendary character not only in literature, but also in the visual arts. Anatoly Zverev who, like the beloved hero of his paintings, was repeatedly ridiculed, often persecuted, became the great artist and classic of the 20th century. Both a literary hero and our beloved painter prove that there is actually a room for solo players.

Though we live in unusual times when only an Attack of Don Quixote saves. The more of them, the more chances that evil will be defeated by mercy, generosity, unselfishness, and, of course, laughter.

In 1945-1946, Salvador Dali worked on his visual interpretation of the Cervantes' novel. Then he created 38 drawings and five sketches. In the 1950s, commissioned by a French publishing house, the artist made 13 lithographs.

In terms of the variety of techniques, Anatoly Zverev bypassed his predecessors, painting the Knight of the Rueful Countenance throughout his creative life. It is interesting that a lot of similarities can be found between the artist and the hidalgo. Zverev possessed a rampant imagination and a strong sense of adventure, was passionate and felt an ardent love for his Dulcinea — Oksana Aseeva.

Works by contemporary artists Platon Infante and Daria Konovalova-Infante were created especially for the exhibition.

The project was accompanied by film screenings, lectures and musical evenings.