On May 1-10, the AZ Museum works with no days off!
We are waiting for our visitors from 12 to 8 PM. Please, book your tickets in advance.

FROM THE MARATHON OF MASTER CLASSES "STRANGE FACES" 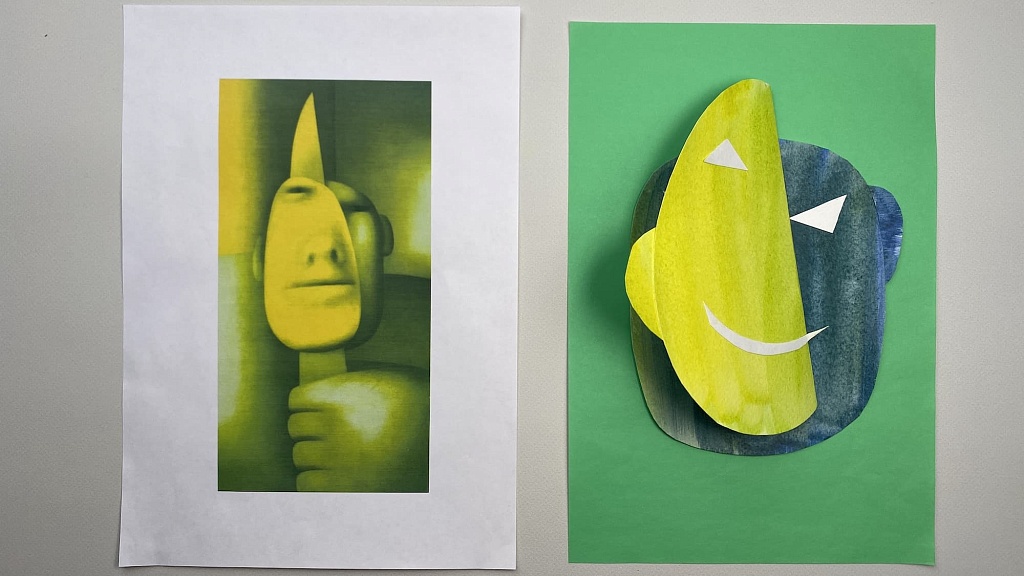 Once you see the "strange faces" created by Oleg Tselkov, you will never forget them. The Faces are magnetic, spooky... 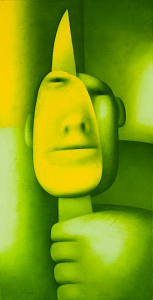 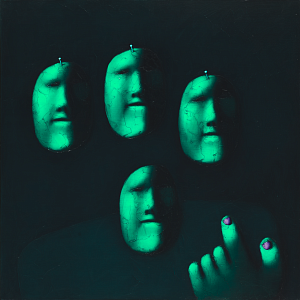 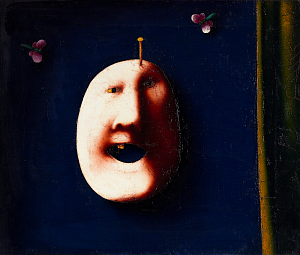 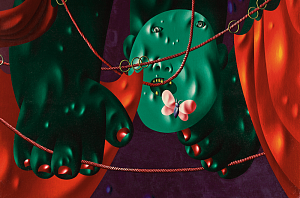 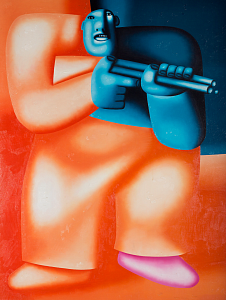 Exactly this art piece inspired us for the master class.

Our mind houses two personalities – light and dark ones. We will create a portrait-collage that will show them at once!

1. Bend the paper on the halves.

3. Color one part of paper with green adding a bright-yellow paint for the "light side of the personality". Another part of the paper we prepare for the "dark side", adding a dark blue color to the main green one. Cut the paper by the crease line.

4. Two faces will appear on the halves. From the yellow-green part of the paper we should cut out the egg-form figure. Then, from the blue and green part – a rectangular with rounded angles. Both forms are to be of almost the same size.

5. While adding face features, we cut three angles from our paper leftovers, and a mouth from the rounded leftover lines. After, we put details of the white paper facing up in the way that it shows different emotions. On the light face it is cheerful, on the dark one – sad and wrathful. Then just stick it down!

6. Attaching the two faces, converting it into a single one and bending a cheerful one by the diagonal line until one eye hides under the bending line. Finding a "new face", we combine two expressions together and then sticking a cheerful face to a wrathful one.

7. Cutting out details from the colored paper leftovers: ears, nose. Then, sticking them down and choosing a necessary color for the background.

Now we have a mobile beautiful collage that gives us an opportunity to "glance" at the face and discern that it can house controversies!